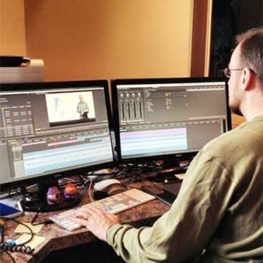 Acquire the skills essential for the craft of editing. Discover how to assemble footage from various sources to create a multimedia sequence incorporating music, sound effects, voiceover, and graphics. Understand all aspects of an editor’s role in film or television production. Learn to tell stories visually through the art of editing in popular editing suites.
Upon completion of the program, students:

Please, let us know how can we help you.